You are here: Home / Stories of impact / Helping farmers manage fall armyworm as it takes hold in Africa and spreads to Asia

CABI has been at the centre of tackling the invasive fall armyworm in Africa, where it affects 44 countries. Not stopping on the African continent, the pest has also invaded China, India, Myanmar, Thailand and Yemen, with expectations of further rapid spread through other Asian countries. Read more about fall armyworm. 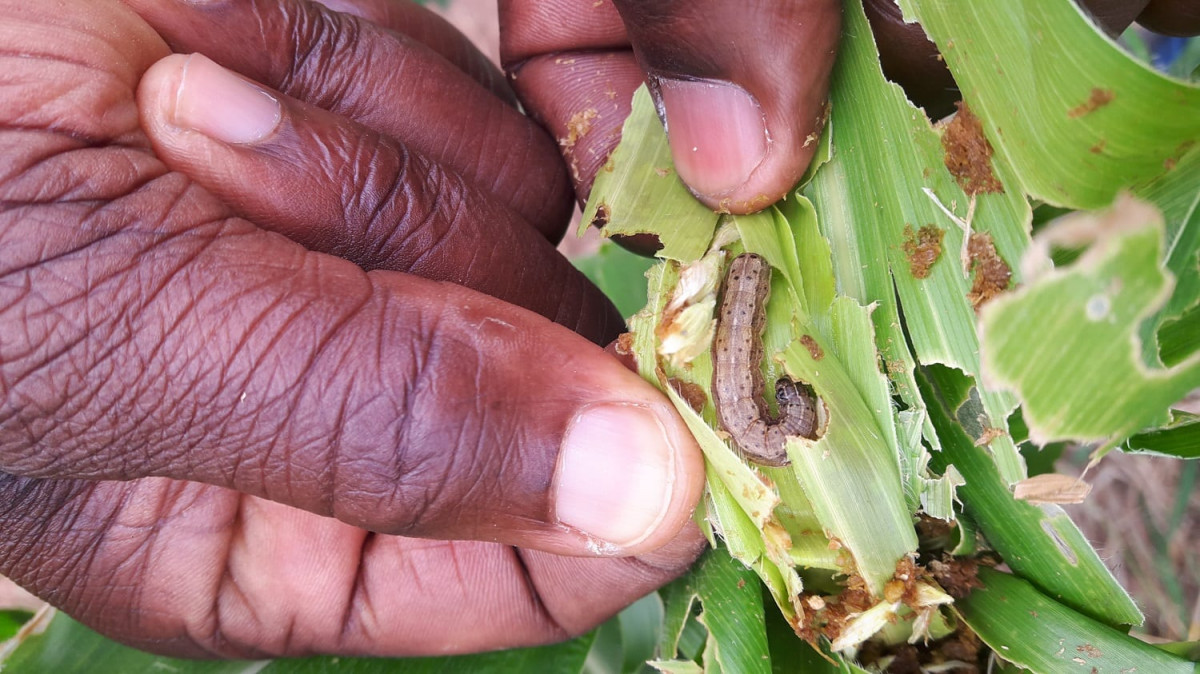 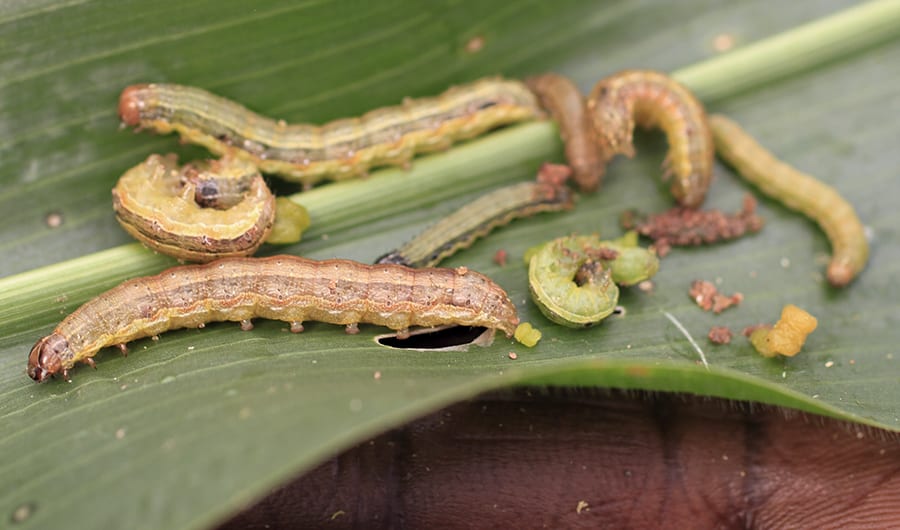 Evidence note
In CABI’s 2018 fall armyworm evidence note, household surveys revealed that maize farmers had average losses of 26.6% in Ghana and 35% in Zambia due to the pest. Applying pesticides remained the most frequent control method used, sometimes including highly toxic products, which shows how urgent it has become to make safer options more available, especially now the invasion has spread further.

CABI and national partners tested how effective biopesticides, botanicals and traditional methods for fall armyworm control are in a number of African countries – work which contributes to the identification of a range of sustainable, non-chemical approaches for managing this pest in future. Promisingly, surveys for natural enemies of the fall armyworm showed that at least 12 biocontrol agents already attack the invasive insect on the continent, so prospects for the biological control of fall armyworm are encouraging.

‘Tech’ for good
CABI supported the US government’s ‘fall armyworm Tech prize’, which sought to encourage digital innovations that would play a role in identifying, treating and tracking the pest in Africa. As a testing partner for the prize, CABI evaluated the 20 finalists’ prototypes through field testing in Uganda with focus groups of farmers, extension workers and agro-input suppliers. Of the many entrants, six were selected for cash prizes, which will be invested into improving their innovations so that they provide a benefit to all.

Outreach and information
Communication campaigns on fall armyworm used text, print, radio and video messages to support extension services and farmers managing the pest on their farm. Based on data gathered, we estimate the campaigns directly reached more than 500,000 farmers across several African countries. Studies in Uganda following one campaign showed that those who participated went on to implement an additional two fall armyworm management practices over and above those who had not.

Implementation of Fall Armyworm management plan in Ghana: An appreciative inquiry of process and lessons learnt

CABI scientists have today warned of the impending rapid spread of the crop-devastating pest, fall armyworm, across Asia following its arrival in India, with major crop losses expected unless urgent action is taken.

A night at the movies: with soybean and Fall armyworm as stars of the show

Farmers in northern Ghana are beginning to get a taste of the latest movie out of the Box Office – it’s not a romantic comedy or a thriller – instead it’s a production that will help them get more from their soybean crops and protect their maize from the Fall armyworm caterpillar.

A new $400,000 African Food Security Prize to help find the latest technology to combat the devastating impacts of the fall armyworm, which attacks over 80 different plant species, has today launched.

Pests and diseases often limit how much smallholder famers can produce. They affect crops both pre and post-harvest by reducing their value or making them unsafe for human consumption. Farmers try to reduce losses through a range of techniques, some of which have human or environmental health impacts. This project aims to understand and report on current crop protection practices and identify the most effective, safe and innovative options to integrate into GIZs programmes in 14 countries.