Tomato farmer Irshad Bibi lives in Pakistan. Despite good-sized crops, poor postharvest handling spoiled her produce, forcing her to sell her tomatoes at reduced ‘give away’ prices. Women and youth farmers often struggle to access knowledge that would help them sell better quality produce. But the Strengthening Vegetable Value Chains in Pakistan project is changing the story for farmers like Irshad Bibi. Early reports show that revenues are 125% higher than before the project started, with overall profits up by 133%. 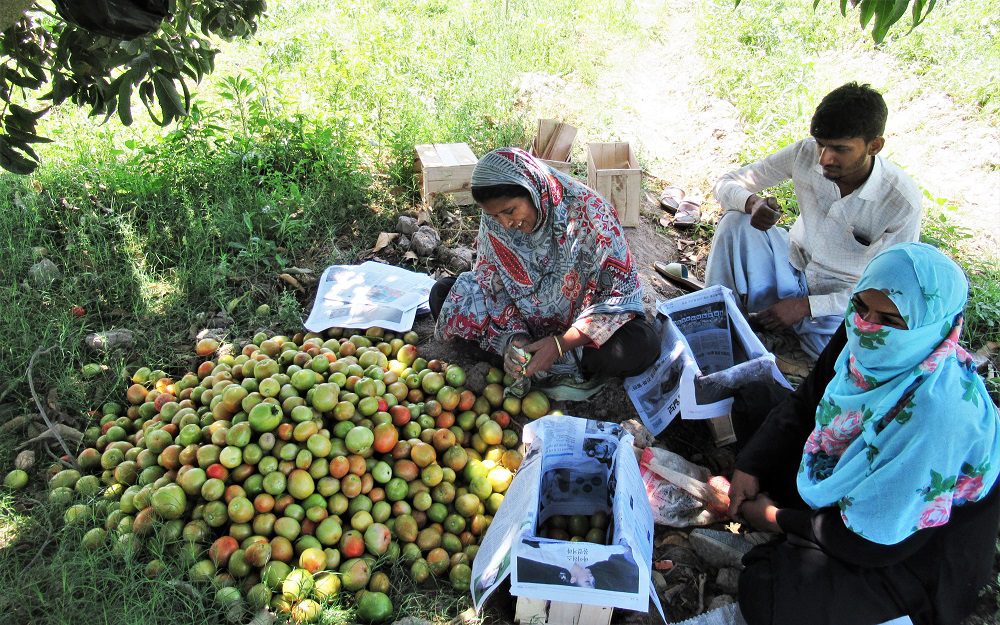 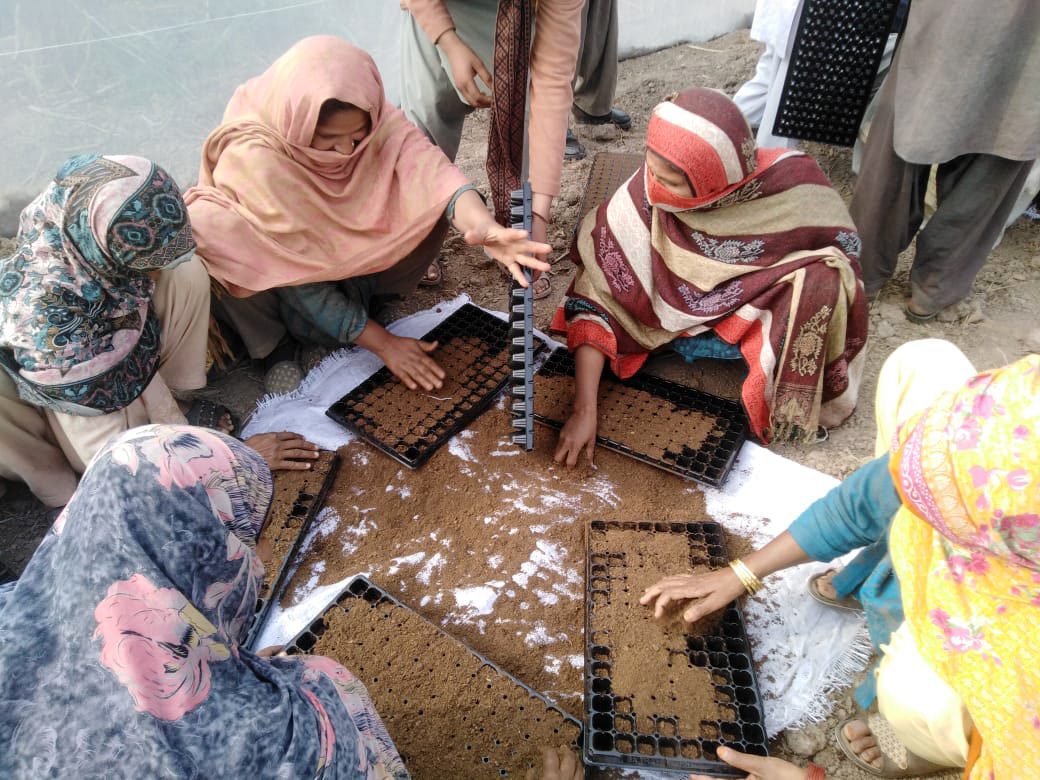 Irshad Bibi is a tomato farmer from Pakistan. She lives with her children in the village of Baili Janobi, Muzaffargarh district. Here, tomatoes are an important source of income for family farmers like Irshad.

In 2021, Irshad harvested a good-sized crop, but due to poor postharvest handling, her produce spoiled and she lost a large amount of it. She had no choice but to sell her tomatoes at reduced ‘give away’ prices.

Postharvest losses, caused by poor handling, packing and transportation, hamper farmers’ abilities to improve their produce and incomes. Women and youth farmers especially struggle to access the knowledge that would help them grow, store, market and sell produce of a high enough quality to meet trader and consumer demands.

However, the Strengthening Vegetable Value Chains in Pakistan project is changing the story for farmers like Irshad Bibi. The project will run from 2018 to 2022, but already last year ‘foundation’ tomato farmers, who adopted the project’s practices early on, reported their revenues were 125% higher than before the project started, with overall profits up by 133%.

Focusing on onion, potato and tomato value chains, the project team has improved community engagement with women and youth farmers, developing rural entrepreneurships. They have given hands-on production training to foundation farmers and female farm labourers, such as Irshad, in order to maximize yields.

The team has also given training in postharvest practices, aimed at improving handling, packing and transporting of crops to market as well as finding farmers better marketing opportunities.

“After adopting best postharvest practices, wastage has reduced, and I’m getting a premium price for my tomatoes in the market. I’m now able to earn more money to benefit my children.”

CABI has launched a project to strengthen the value chains of four vegetables in Pakistan – thereby helping to boost the household incomes and livelihoods of thousands of smallholder farmers and their families.

Small scale vegetable farmers in Pakistan encounter a number of issues that compromise their sustainable livelihoods; particularly for women and youth. Through the project, an alliance of selected organisations is aiming to improve the livelihoods of rural communities in Sindh and Punjab through strengthening selected horticultural value chains, and promoting sustainable production and marketing opportunities.