You are here: Home / Stories of impact / Biocontrol product in Pakistan reduces maize aflatoxin by 80%, increasing farmer incomes by 25%

The food toxin, aflatoxin, is dangerous to humans, even fatal. In some areas of Pakistan, up to 90% of maize contains this poisonous substance. Aflatoxin prevents farmers from selling their produce. In 2019, CABI worked with partners to research natural ways to control aflatoxin in maize using biocontrol. They developed, AflaPak™, a product that is safe for humans and the environment. In 2021, evidence revealed that field trials of AflaPak™ reduced aflatoxin levels by 80%, increasing farmer incomes by 25%. 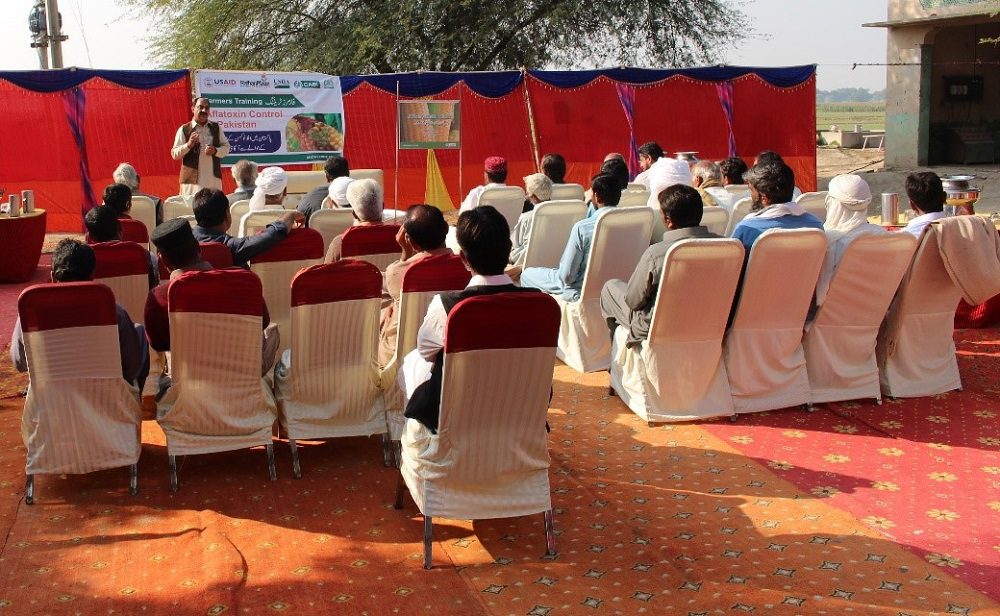 Field awareness session on aflatoxins, its hazards and implications 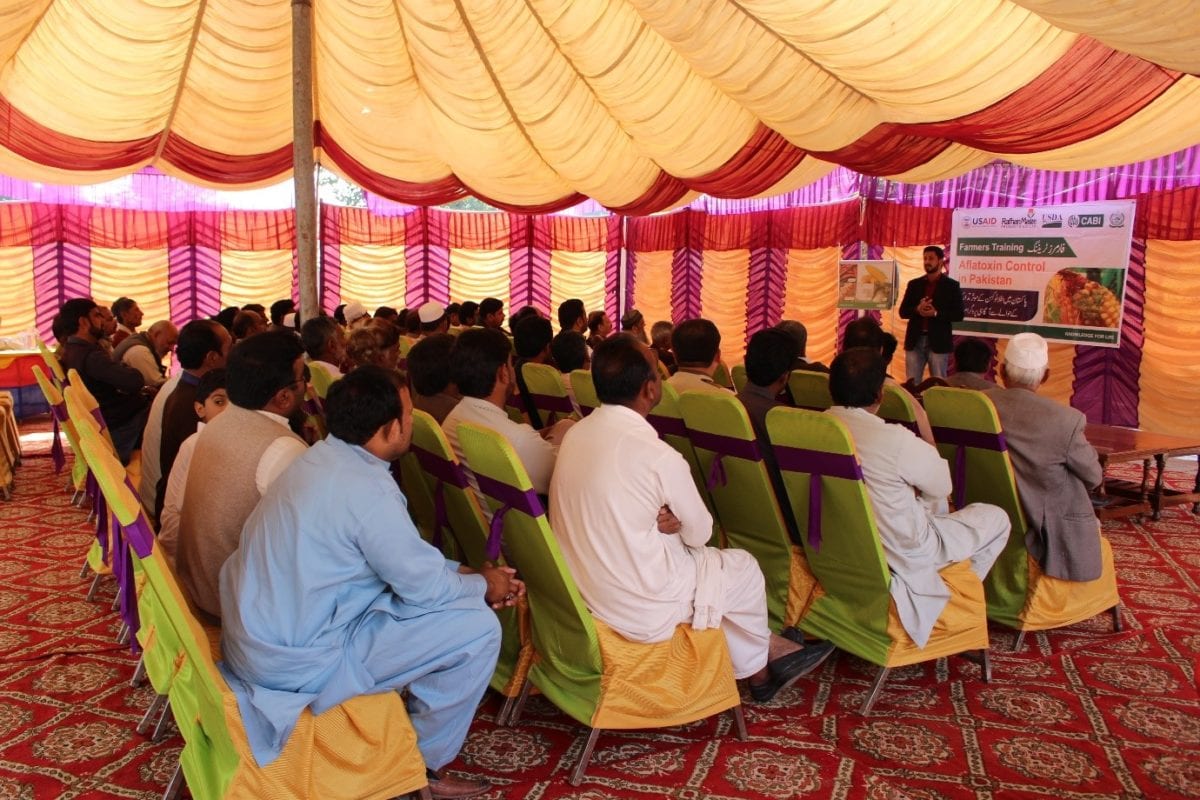 Toxins in food are a serious problem. One, in particular, poses a big threat: aflatoxin. This contaminant exists in maize and nuts and causes serious health problems in animals and humans such as liver cancer. It even causes fatalities. In developing countries, over five billion people risk chronic exposure to food contaminated by aflatoxins.

In Pakistan, aflatoxin in maize poses a severe challenge to economic development and food security. This is because maize is one of Pakistan’s biggest cereal crops and, in some areas, up to 90% of maize contains aflatoxin. A contaminated crop means less food to eat, but also less to sell, which reduces farmer livelihoods.

In 2019, CABI led a project, Aflatoxin Control in Pakistan, with the aim of reducing aflatoxins in the food chain. Working in partnership with the government of Pakistan and the private sector, CABI researched natural ways to control aflatoxin using biocontrol. This approach sustainably reduces contaminants and pests by using their natural enemies (biocontrol agents) against them.

AflaPak™ belongs to a group of natural biocontrol products, which are safer for the environment and human health. In 2021, the team reported that the project had trained farmers in Pakistan how to use AflaPak™. More than 1,000 maize growers in Punjab received training. The project held field trials, during which AflaPak™ reduced aflatoxin levels by 80%, increasing farmer incomes by 25%.

CABI has signed a contract with the Crop Diseases Research Institute (CDRI) to help ensure greater food security in Pakistan by evaluating an eco-friendly biocontrol to mitigate poisonous aflatoxins which can decimate crops such as maize and wheat.

Aflatoxins are a group of toxins produced by certain fungi – Aspergillus flavus – found in crops such as maize and groundnuts. These aflatoxins are toxic and can cause serious health problems for humans and livestock. They can also cause problems within the food chain because they contaminate crops, cause food safety, nutrition and security issues and consequently affect a country’s ability to trade. Biological control is one way of sustainably handling aflatoxins in crops. In this project, CABI is working with USDA to test and register a native biocontrol product for Pakistan.