You are here: Home / Projects / Partnerships for improving fruit production in DPR Korea

Despite advances in agriculture in the Democratic People’s Republic of Korea (DPR Korea), a shortage of fresh produce undermines the population’s nutritional status. Fruit is grown on large state farms and cooperative farms, but pests and diseases reduce yields and quality. CABI is working with key stakeholders in the fruit sector to develop best practice guidelines for fruit integrated pest management. 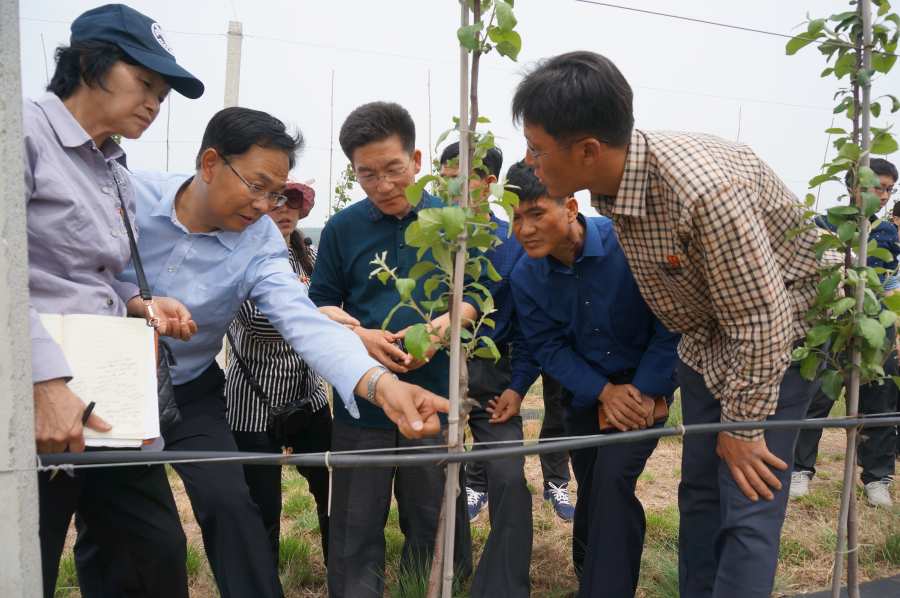 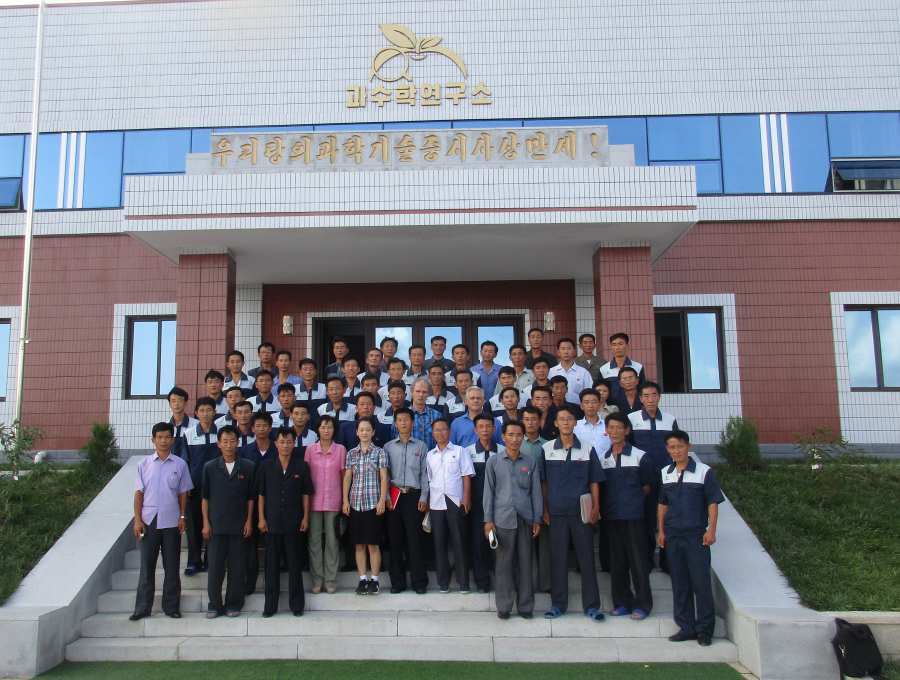 Participants of the international IPM workshop 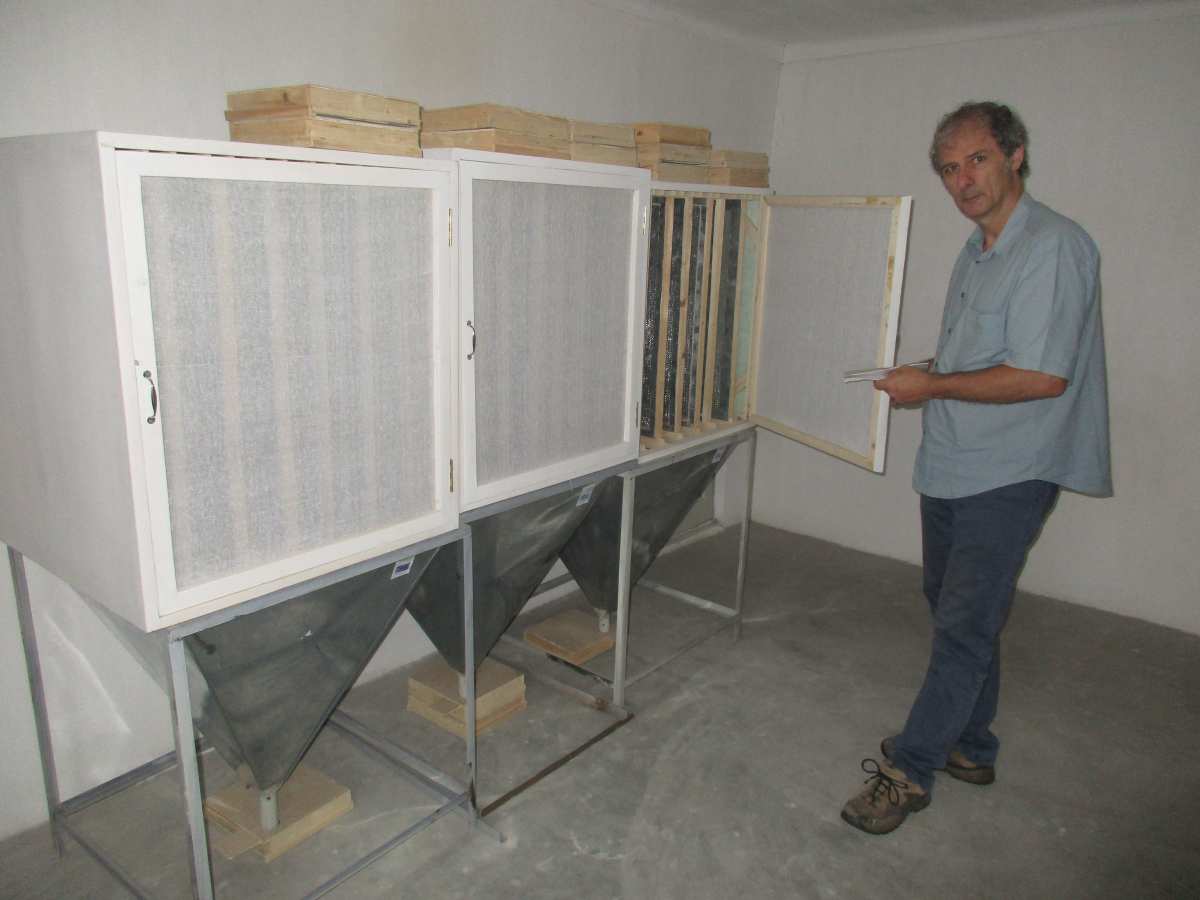 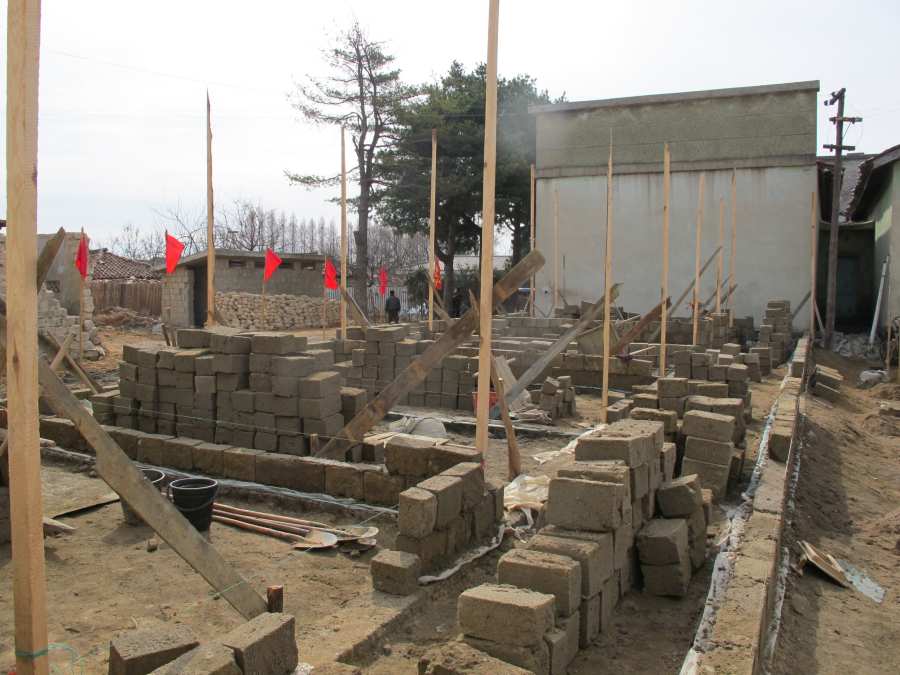 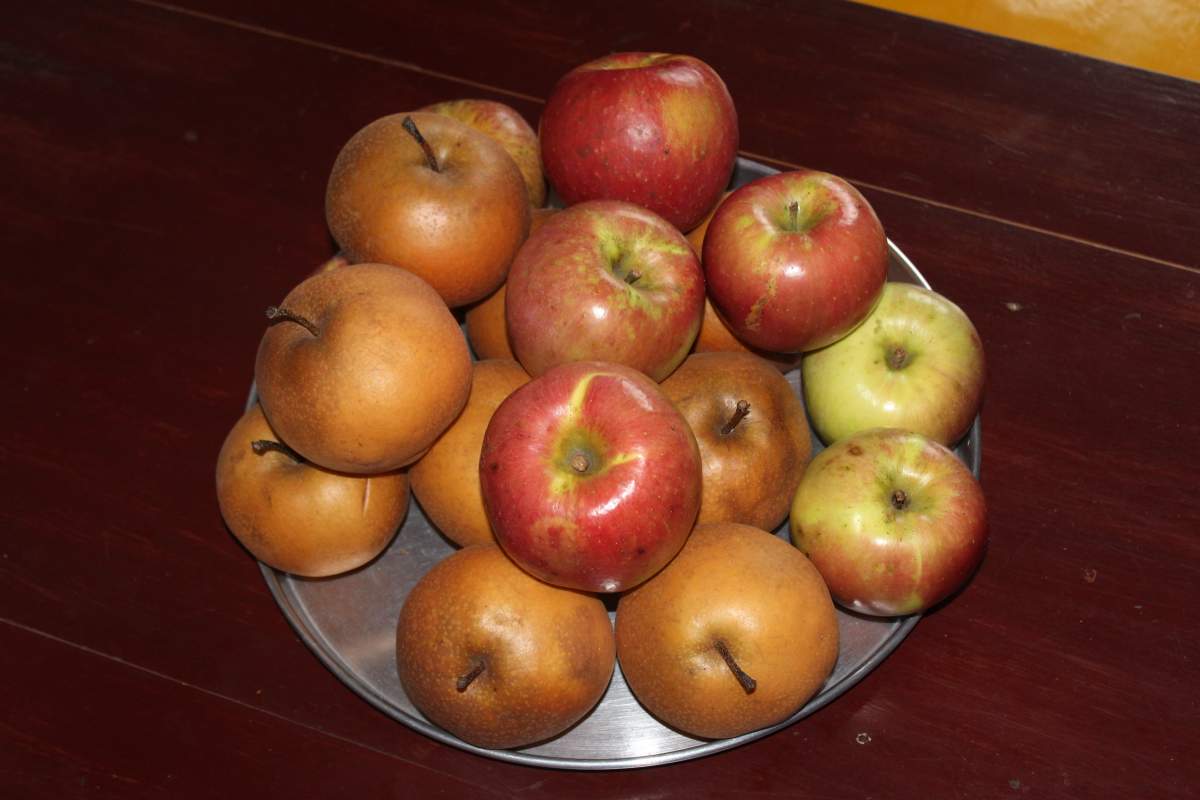 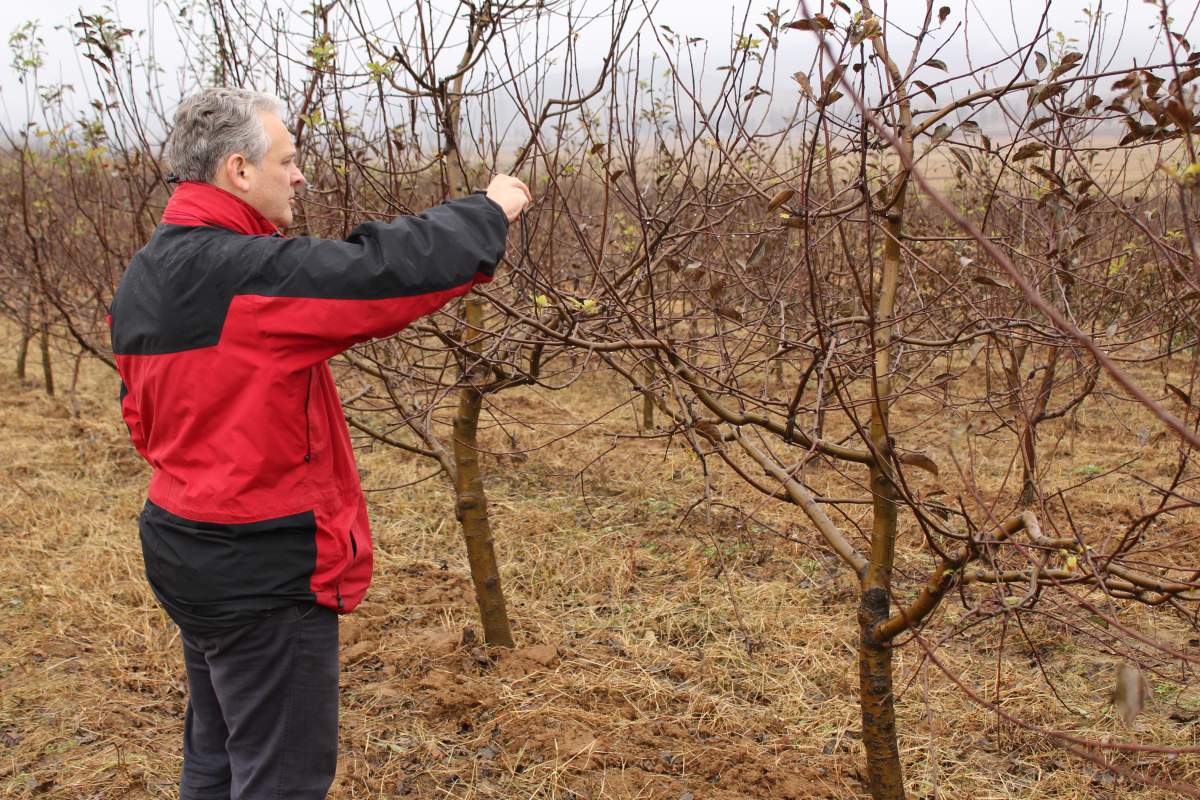 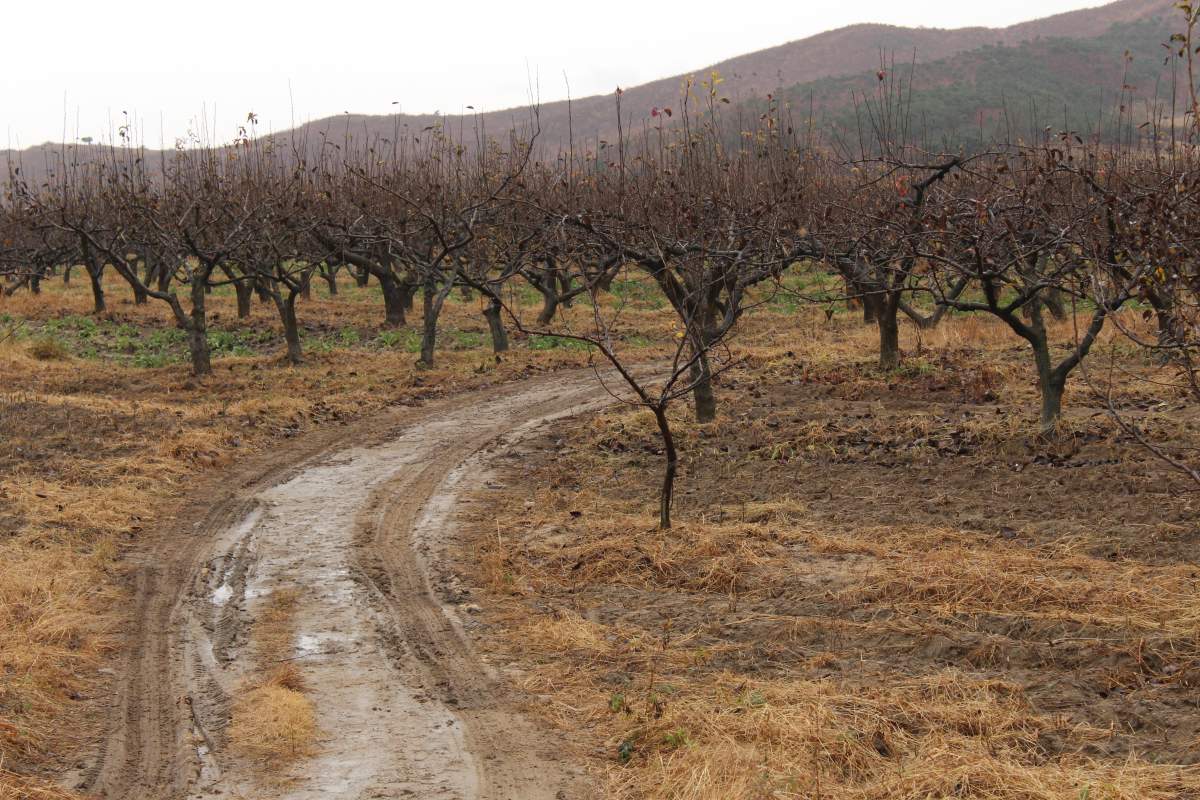 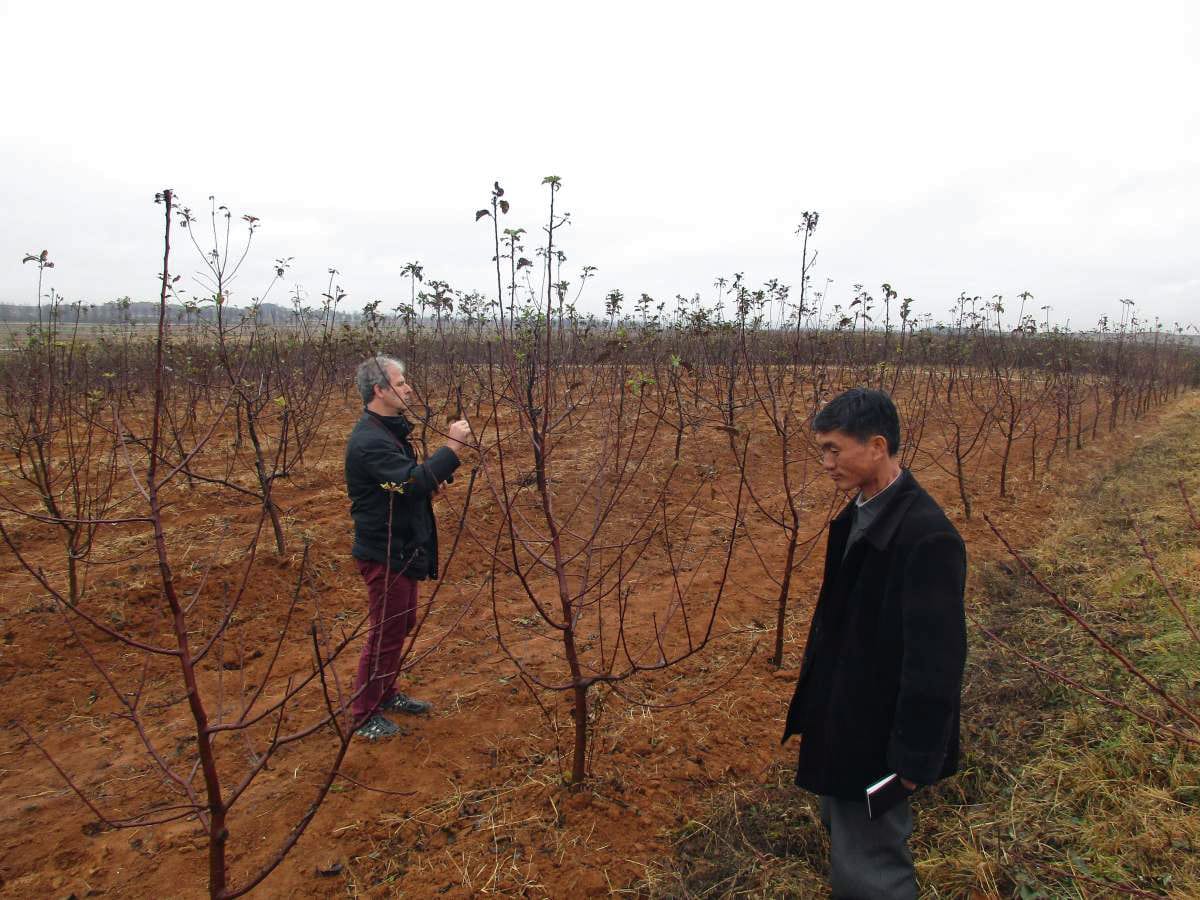 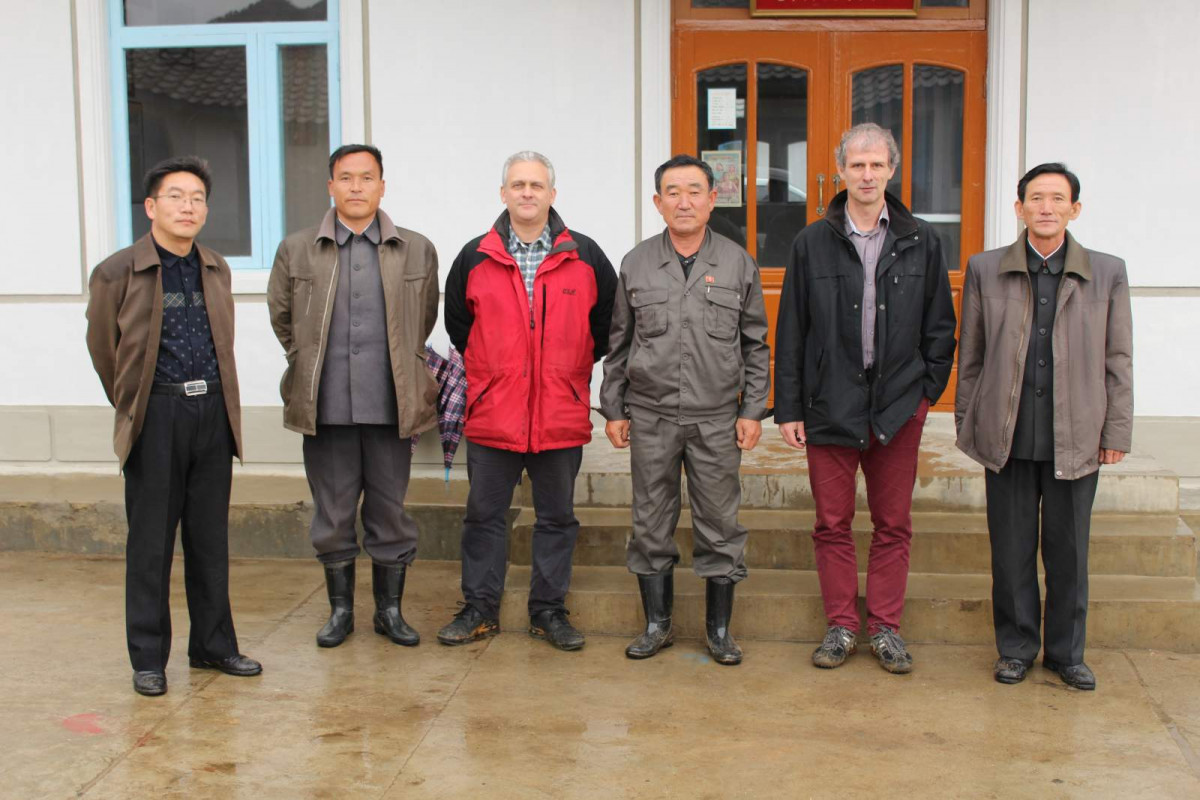 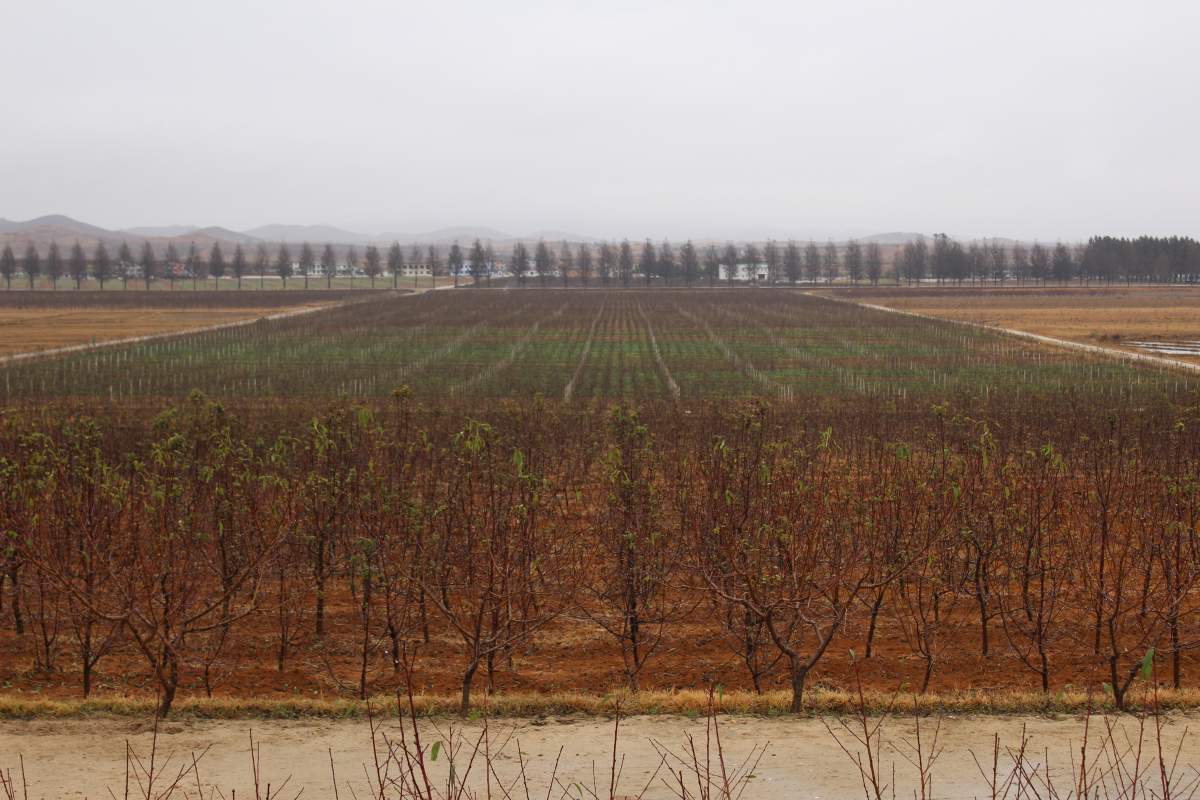 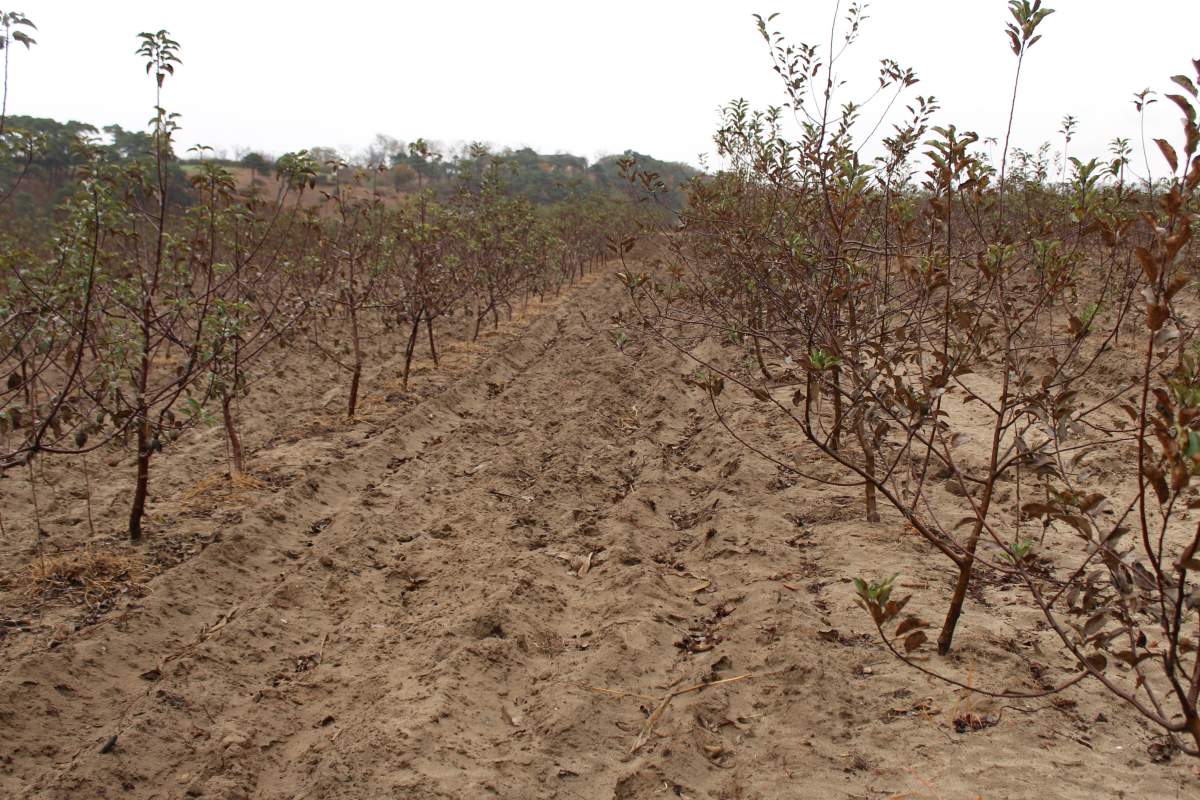 Although agricultural production in DPR Korea has advanced in recent years, the nutritional status of much of the population remains poor: rates of stunting are high and micronutrient deficiencies are of particular concern in children and other vulnerable groups. This is linked to the shortage and seasonal availability of animal products, fruit and vegetables.

Small amounts of fruit have always been grown on cooperative farms, but most orchards are poorly managed and yields are low. Pests and diseases are rife, and farmers use the few available (hazardous, broad-spectrum) pesticides. Often of low quality, these contribute little to pest control, but damage beneficial insects as well as the wider environment and human health. The high level of damaged fruit causes major storage problems, including early decay and increased mycotoxin levels.

There is little access to best practice information, and a lack of national guidance on fruit integrated pest management (IPM). Although IPM has been introduced in other crops already by CABI-led projects, innovative ideas to improve the situation in orchards are needed.

The project aims to improve fruit productivity and hence nutritional security and resilience in DPR Korea’s fruit production system. We will enhance institutional, technical and networking capacity of stakeholders in the sector so they can develop and implement strategies for sustainable pest management, thus improving fruit production and quality and reducing use of dangerous chemicals. We will be working with staff at one large fruit farm and smaller cooperative farms to develop best practice guidelines for fruit IPM, which will be made available and implemented country-wide. This will anchor fruit IPM within DPR Korea and provide the population with a more stable and evenly distributed fruit supply and better nutrition.

Developing the guidelines will be facilitated by activities including:

An inception phase from October 2016 to March 2017, enabled partners to jointly develop a common understanding of the project, review baseline data, prepare operational plans, and confirm South Hamgyong Province on the east coast as the geographic focus of the project.

In 2018, a new building to house a Trichogramma Rearing Facility (TRF) was built and equipped at Ryulsong Orchard, Jongpyong County. In March 2018, personnel from the TRF were trained on all aspects of Trichogramma rearing at the Experimental TRF at the Plant Protection Institute, Academy of Agricultural Sciences, Pyongyang.

Previously selected TRFs, based at county plant protection stations, were provided with new Trichogramma rearing equipment to upgrade existing facilities and all TRFs were supplied with a new species of Trichogramma (T.chilonis) to target lepidopteran fruit pests. Personnel from all TRFs participated in a Quality Control workshop in May 2018.

To promote international networking and build knowledge in current fruit production best practices, study tours, which focussed on aspects on best practice in field management, harvest and post-harvest handling and storage, were carried out in May and October 2017 at Qingdao Agricultural University, China, for project partners. A training workshop on ‘International Fruit IPM’ was held at the Fruit Research Institute, AAS in August 2018 to aid the development and implementation of national best practice guidelines.

A best practice guideline was jointly developed during two workshops in 2018. In addition to the Ryulsong Orchard, four cooperative farms, from each of the four participating counties (16 in total) were selected to implement the application of the best practice guideline, including the application of the Trichogramma species, in 2019.  The development and implementation of Training of Trainers (ToT) and farmer training supported this and were key outputs of the project.

The ToT training was successfully delivered in April 2019 and was implemented by the local partners from the Ministry of Agriculture, Academy of Agricultural Sciences and Pyongyang Agricultural College-Kim Il Sung University (PAU). Eleven chief engineers and senior officials for the provincial, city and county farm management boards from South Hamgyong were trained in key aspects of Fruit IPM and, in particular, the components of the fruit IPM best practice guideline.

The master trainers were then tasked with training at the cooperative farm level which was initiated in May and June 2019. The training, again, focussed on key aspects of the best practice guideline and the jointly developed fruit IPM implementation plan for 2019. Participants in the training included work team leaders and farmers, both male and female – approximately 10 members of staff were trained at each participating co-farm (17 co-farms in total).

Members of participating co-farms were supported to install IPM and control study plots for the IPM implementation plan. After pre-season activities in May/June 2019, IPM was implemented, control plots were installed and details of field activities were recorded for review at a later stage.

As part of IPM implementation at farm level, the Trichogramma biocontrol agent was used to control the fruit borers; all TRFs produced and distributed Trichogramma to the co-farms. Anecdotal evidence from farmers, gained during a CABI mission in July 2019, indicated that there was some impact on the incidence of fruit borers in the orchard after application. A comparative assessment, at Ryulsong Fruit farm, indicated that there was a high parasitism rate of the fruit borer eggs in the field which contributed to an increase in fruit yield.

However, most farms reported an increase in yield, with some reporting specific reduction in disease or pest incidence due to better management practices in the IPM plots.

Another major activity in 2019 was the development of the Fruit IPM module with PAU. Course material, for more than 40 hours of lectures, was developed and translated from English to Korean and after substantial review and proofreading, the finalized course material and draft course manual was available in November 2019. 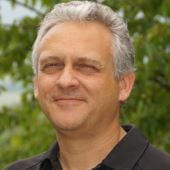