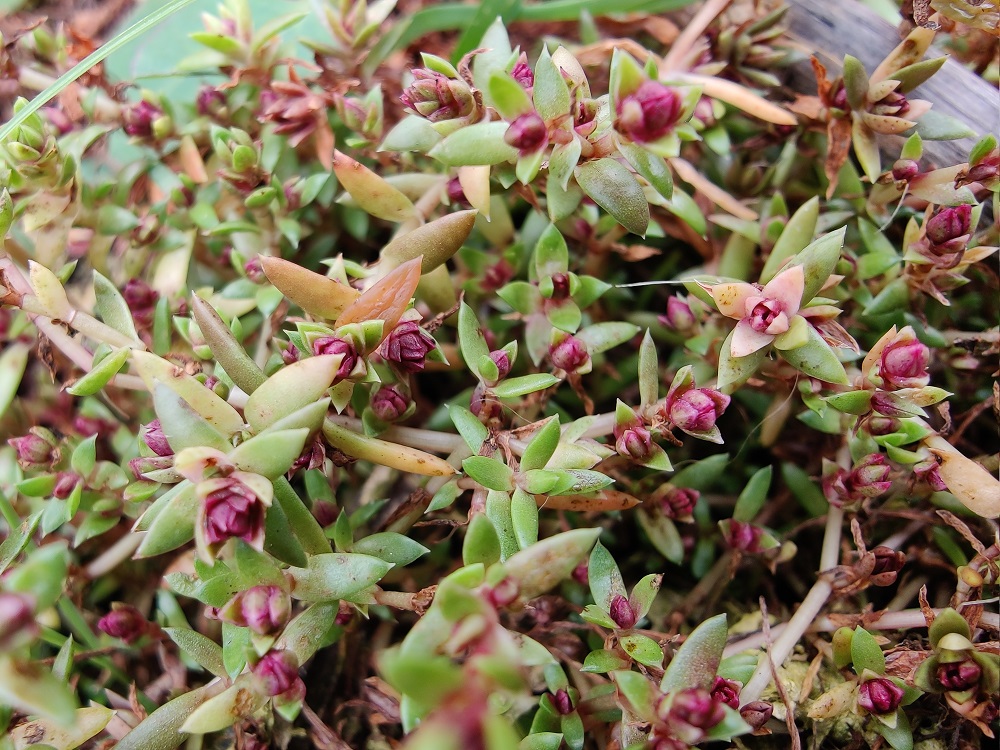 A new study led by CABI scientists has confirmed that a tiny mite, Aculus crassulae, shows promise to be used as a more environmentally-friendly biological control agent against the aquatic weed Crassula helmsii in the UK and Europe.

Dr Sonal Varia, lead researcher, said that while the sustainable management of aquatic weeds such as C. helmsii can be ‘extremely challenging,’ investigations on the mite A. crassulae has provided evidence for its use as a classical biological control agent in the UK and possibly further afield in affected parts of North-West Europe.

This invasive semi-aquatic, succulent, perennial herb occurs in three growth forms; terrestrial, emergent and submerged, with the growth form exhibited dependent on the depth of the water in which the plant is found. It is capable of causing fluctuations in dissolved oxygen, carbon dioxide and nutrient levels in infested water bodies which can have wide-ranging impacts on aquatic species.

Dr Varia said, “Crassula helmsii is a nuisance aquatic weed because it can grow in dense, monospecific mats containing many thousands of individual plants, leading to negative impacts on biodiversity, recreation, and the blocking of filters essential for water treatment.

“The host-specificity testing provides evidence that A. crassulae has a very narrow host range and is unlikely to pose a risk to UK flora.

“The reduction in overall vegetative growth – particularly in primary stem and secondary shoot growth – in plants colonized by mites under laboratory conditions suggests that A. crassulae could have a significant impact on the growth of C. helmsii field populations by reducing the number of vegetative propagules available to spread to new uninvaded sites.

“This study has demonstrated that in the mite-colonized plants the number of leaves reduced over time, and it appeared that that there was increased leaf senescence in these plants compared to control plants.” 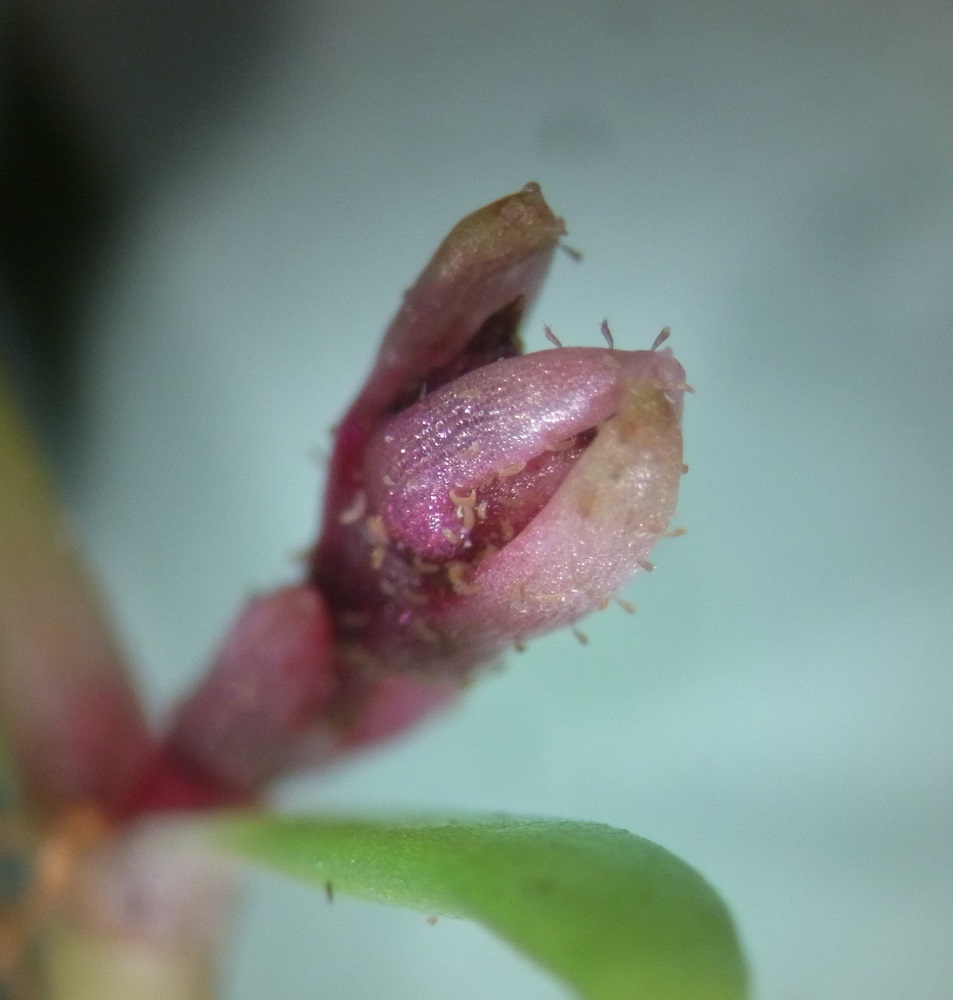 It is believed the aquatic plant was first imported into the UK from Australia sometime before 1914 and later sold as an oxygenating plant for aquaria and ponds. It was subsequently found growing in the wild in Essex, South-East England in 1956, later spreading throughout the UK where it is now naturalized, and also in parts of North-West Europe, particularly lowland regions.

However, in view of its spread and growing concern about the impacts on the native environment the sale of C. helmsii as a pond plant was banned in England and Wales after legislation came into force in April 2014.

In 2000, under EU legislation, the Water Framework Directive (WFD) was introduced in the UK and a central requirement of this was that waterbodies were to reach a ‘good ecological status’ by 2015. This included aims to reduce the abundance of invasive non-native species and the use of harmful chemicals.

In order to achieve the WFD objectives, in 2010 the UK Department for the Environment, Food and Rural Affairs (Defra) commissioned CABI to investigate the potential of controlling several non-native aquatic and riparian weeds, including C. helmsii, using classical biological control.

The biology and ecology of A. crassulae were investigated as part of an extensive risk assessment to investigate its potential as a biological control agent of C. helmsii. Following this process, A. crassulae was subsequently approved for release in England and Wales in 2018.

“Infestations of A. crassulae were proven to cause damage to C. helmsii, showing the potential to negatively affect plant growth under UK field conditions. Further research may also confirm similar results in areas of North-West Europe also affected by A. crassulae.”

We are grateful to the UK Department for Environment Food and Rural Affairs (Defra) commitment to the Water Framework Directive, 2000/60/EC, for supporting and funding the original and continuing research on a classical biological control approach to Crassula helmsii. We would like to extend our thanks to Mark Spencer for his advice on the development of the test plant list. We would also like to thank Robin Adair for his support in the field in Australia and in assisting in the export of Aculus crassulae. Our thanks are also extended to Alan Gange, Royal Holloway University, for his encouragement to publish these results.

Find out more about CABI’s biocontrol work on five species in the UK, including Australian swamp stonecrop, here.

Find out more about CABI’s work to find a biocontrol agent for Crassula from the project page.

See also the news story ‘Tiny mite could prove a ‘mighty’ weapon in the fight against one of the UK’s most invasive weeds.’ 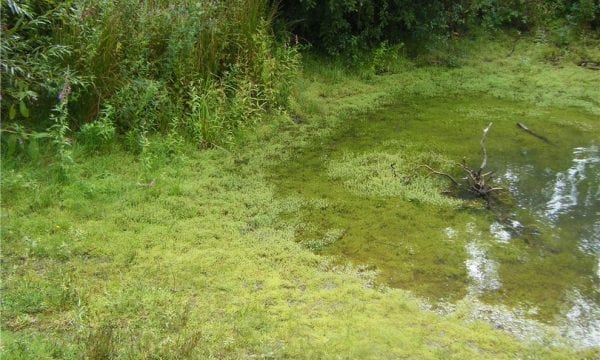