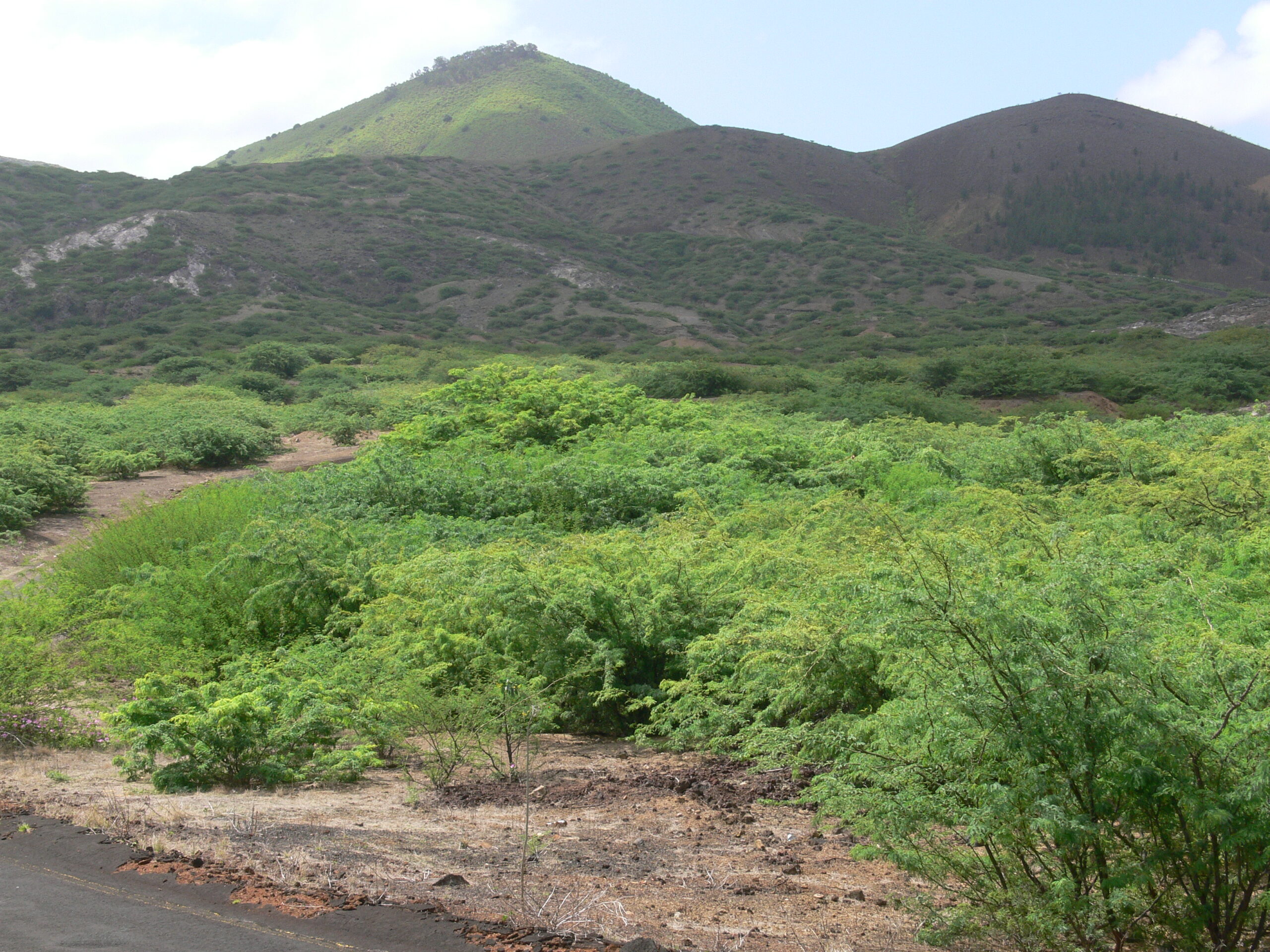 CABI is working in partnership with the Ascension Island Government Conservation and Fisheries Directorate (AIGCFD) as part of a new project to tackle Ascension Island’s prickly problem of the highly invasive Mexican thorn (Prosopis juliflora) – the most damaging invasive species on the island.

Funded by The Darwin Initiative – a UK government grants scheme that helps to protect biodiversity and the natural environment through locally based projects worldwide – CABI and AIGCFD will draw on the techniques used successfully to control Mexican thorn in Australia and South Africa.

Essentially, the project will apply biocontrol risk assessment tools created from a previous project to help fight Mexican thorn which poses a significant threat to the nesting beaches of green turtles (Chelonia mydas), breeding seabirds including sooty terns (Oncychoprion fuscatus) and the critically endangered Ascension Island spurge (Euphorbia origanoides). Central to this will be awareness raising about risks and benefits to secure the support of the public and stakeholders.

The feasibility of introducing a new biocontrol agent Evippe sp. will be assessed by CABI and AIGCFD using the recently developed protocols to conduct Pest Risk Assessments tailored to the needs of the South Atlantic UK Overseas Territories. The assessment will build on existing host-range testing and consider potential impacts on Ascension’s native plants, native invertebrates and unintended impacts of thorn defoliation.

Host range testing, including plants related to Ascension’s endemics and valuable introduced species, will be conducted at CABI’s quarantine facilities in the UK using Evippe collected from South Africa.

Mexican thorn is altering the landscape character of large swathes of the island and having profound effects on hydrology, soil formation and microclimate, with unknown consequences for the endemic invertebrate fauna. It also threatens to obscure the volcanic nature of the island that was identified by the local community as capturing the ‘essence’ of Ascension.

Dr Norbert Maczey, an Ecologist and Entomologist at CABI, said, “Established mechanical and chemical methods of controlling Mexican thorn are currently used at localised sites on Ascension. However, these methods are resource-intensive and limited to a small number of very high priority sites. This puts native species and habitats at risk and even the current level of control is not sustainable within existing capacity.

“New tools, an integrated approach and strong public support are needed to address this pervasive problem.”

Ascension Island is governed as part of the British Overseas Territory of Saint Helena, Ascension and Tristan da Cunha. In 1836 Charles Darwin once described it as an arid treeless island with nothing growing near the coast.

However, later in 1843 botanist and explorer Joseph Hooker visited the island and with the help of Kew Gardens began planting trees before other ships came year on year with plants from botanical gardens in Argentina, Europe and South Africa.

By the late 1870s Norfolk pines, eucalyptus, bamboo, and banana trees grew in profusion at the highest point of the island, Green Mountain, creating a tropical cloud forest.

It is believed that Mexican thorn was first introduced in the late 1960s with the aim of helping to consolidate soil around the newly constructed Two Boats Village. In 1996 it was present in 58% of 1 km grid cells and this had increased to 72% by 2008. Further spread is likely to occur without management, scientists believe.

Find out more about what CABI is doing in partnership with the Ascension Island Government Conservation and Fisheries Directorate (AIGCFD) to tackle Mexican thorn by visiting the project page ‘Repelling the invader: turning the tide on Ascension’s Mexican thorn.’ 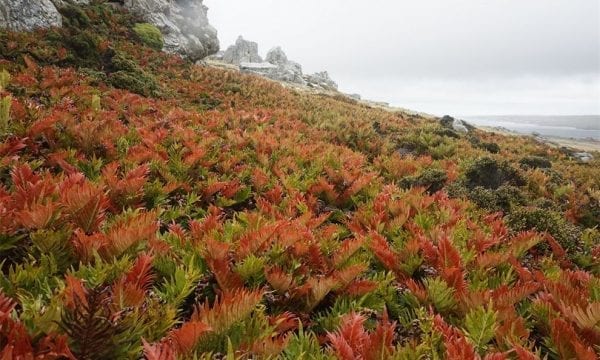