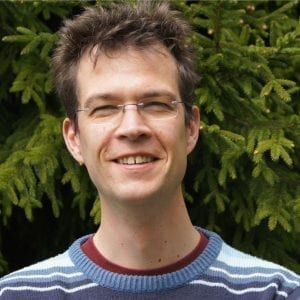 I did my PhD on the restoration of species-rich grassland on ex-arable land, while based at CABI’s centre in Switzerland. Also at this centre, I worked on projects on the impact of the Harlequin ladybird in Switzerland. Before starting to work for CABI in the UK, I was a postdoc at Royal Holloway for two years, initially working on mycorrhizal fungi in grassland ecosystems and then on fungal endophytes in creeping thistle. At CABI in Egham (UK), I worked on the monitoring of the release of the psyllid Aphalara itadori, the biological control agent against Japanese knotweed in the UK. I was also involved in a project about the effects of reduced cattle grazing on plants, insects and grassland birds in the UK.

In 2011, I moved to CABI Switzerland and am working on, among other things, the assessment of risks associated with the trade in plants for planting, a major pathway for the introduction of forest pests and diseases. 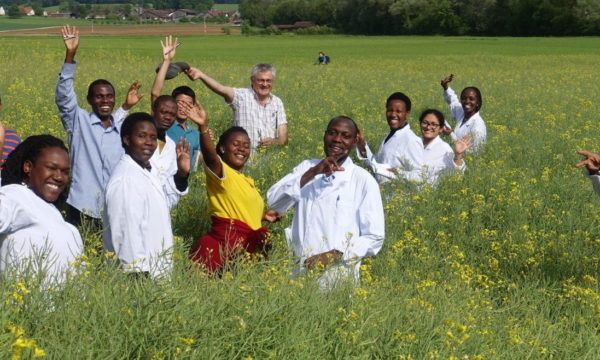 CABI’s Swiss centre carries out applied scientific research and undertakes consultancy projects. Located in Delémont in the Canton of Jura, it is the home base for experts and students from several different countries where they research and apply their knowledge.

Over the last few decades, European trees and forests have experienced dramatic losses caused by introduced non-native invasive pests and pathogens. As part of an international project, CABI is developing cost-effective and environmentally friendly tools for the prevention, detection and control of the invasive threats to Europes forests.

Many of the alien pests and diseases of woody plants were unknown before they were established in new countries. No policy or measures to avoid their introduction and spread were therefore implemented. Recently, monitoring sentinel plants in exporting countries has been proposed as a valuable tool to identify harmful organisms prior to their arrival. This Action advances the use of sentinel plants through international collaboration of scientists and regulators.

Many exotic trees and shrubs have been introduced into Africa and become destructive invasive species. They’re reducing native biodiversity and limiting the livelihoods of those that live in rural communities. CABI is trying to mitigate these impacts in East Africa by generating and sharing knowledge on their effects and finding ways that they can be controlled.